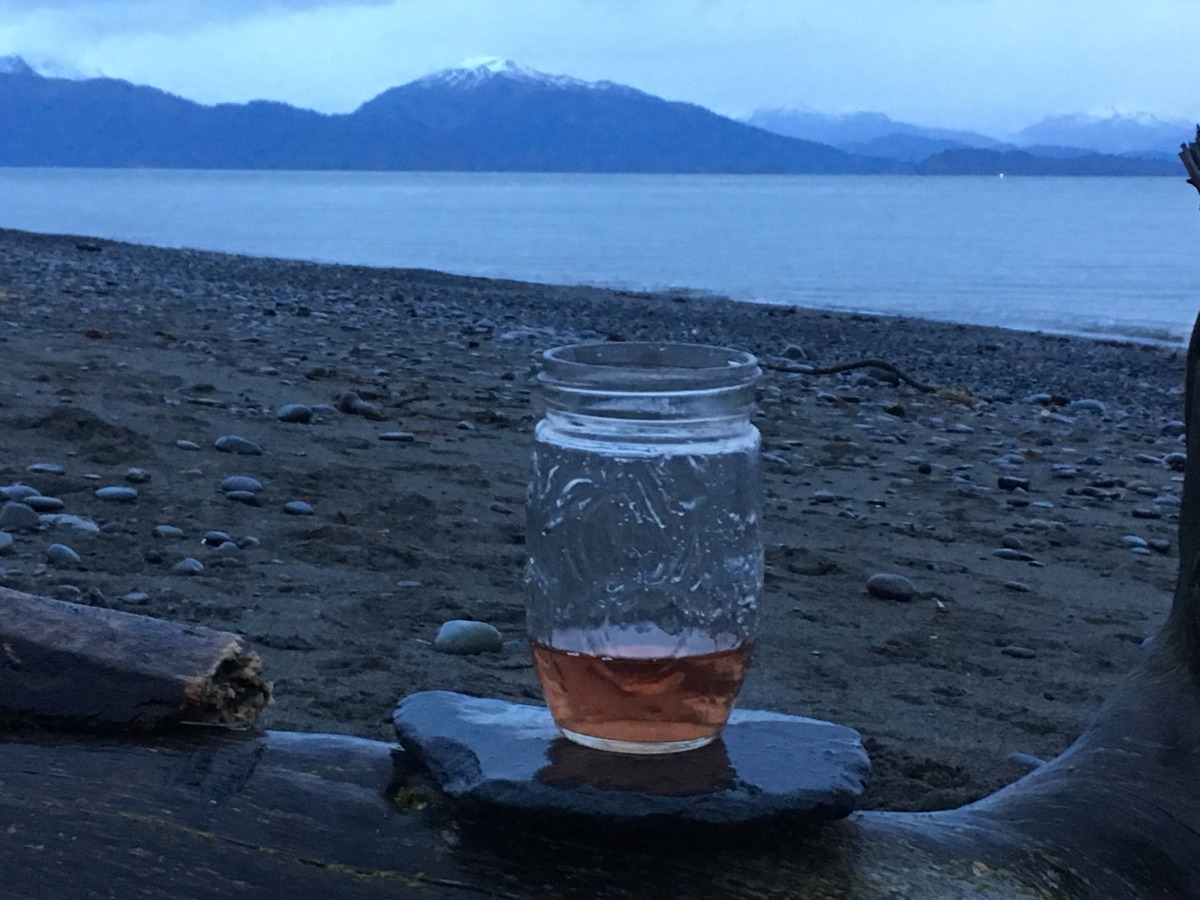 Today has been a chicken-soup sort of Sunday. The two inches of snow that we woke up to is turning to slush in the rain and while that’s the sort of weather that’s not welcome in January, I’m just fine with it in October. Most likely we’re going to have plenty of snow for several months and I’m not in any hurry for it to pile up. Plus I’d still like to rake some leaves and dried grasses to store in the greenhouse for chicken coop bedding.

Earlier this week I started making a plan for myself for the winter. I don’t typically get depressed or experience seasonal affective disorder (SAD), but that’s not to say that six-month long winters aren’t hard. It doesn’t hurt to go into the season with a few intentions.

One thing I’m going to do is try to get outside every day for at least twenty minutes. I realize this doesn’t sound like much, but it can be tricky when it’s dark before and after work. And it’s so easy to be a wimp when it’s super cold, or raining sideways, or when everything is covered in a sheet of ice, or when the snow is too deep, or when it’s just gray and dreary and I’d rather be inside by the wood stove. But I always feel better with fresh air and often it’s not as bad outside as it looks like it’s going to be. And even when it is bad, I think it’s good to experience a little weather now and then. It can wake me up, shift my energy, change my mood.

The next tool I’m going to use to help me through winter is yoga. I’ve tried doing yoga in the mornings but between a cold house, demanding dogs, and a job I have to go to, evenings work best. It feels good to put on some music and stretch out on the floor in a cozy living room after a long work day, and it almost always leads to a good night’s sleep. I’ve done this for the past couple of winters and now it’s a part of the dark season I look forward to.

One of the simplest and most satisfying aspects of recent winters has been incorporating the food and herbs that we’ve grown or foraged during the summer into our daily lives. Whether it’s adding black currants to our oatmeal, drinking a cup of nettle tea in the afternoons, or simmering garlic and hot wax peppers in chicken broth for a good long time like we did today, we’re able to take in good Jing from the garden with nearly every meal. It’s satisfying and nourishing on a deep level. It keeps us feeling connected to our land during a time of year when it’s easy to fantasize about selling it all and moving down south to where winters are short and where a day’s light and darkness are more evenly balanced.

There are other things that help with winter. A couple of hours of standing around a fire pit with friends can reaffirm that we’re glad to live where we live. Taking Vitamin D regularly keeps us from wanting to sleep all the time. Music can change the atmosphere in the house, which is especially helpful during long, dreary stretches of being mostly indoors. And after the frenetic summer season I appreciate that winter offers time for deep dives into things more cerebral.

I’ve been learning about herbs for the past couple of winters, and this year we’ve got a new one to try. Rhodiola rosea is an adaptogen which means its main medicinal purpose is to assist the body in adapting to stress. According to Beverly Grey’s informative and comprehensive book The Boreal Herbal: Wild Food and Medicine Plants of the North, it’s also supposed to help with fatigue and depression and can “bring relief to people who live in extreme climates.” In nature it grows in harsh alpine conditions and for the past four years we’ve had some that’s been growing and thriving in our dry and often-neglected hugelkultur bed. It takes a few years before Rhodiola is ready to harvest, but finally this fall it was time. We pulled its long and tentacle-like roots out of the soil, chopped it and dried it, and now for a month we’re going to engage in a little citizen science and drink a cup of it daily to see if we can see any noticeable effects.

Rhodiola rosea’s roots are yellow and they smell like the wild Sitka roses that grow around here. The decoction that’s made from simmering the roots is rose colored with a mild citrus flavor. It’s a little dry too, like dry wine. Because it’s so tasty it would be easy to drink too much of it, which I think I might have done earlier in the week because for three nights in a row I woke up at 3:30am and had trouble going back to sleep. When I cut the amount of tea I was drinking in half I slept fine.

Learning about herbs from books is a good place to start, but I’m equally as interested in the traditions and stories that go along with them. Trying them out on myself is a lesson in paying attention to subtleties, asking questions, making adjustments, and still not knowing definitively if a specific herb is having a specific effect on me. But it seems like a good way to practice honing my intuition and getting to know specific plants. If I were truly committed to scientific testing I’d give up coffee and just drink the rhodiola tea to try to isolate its effects, but coffee is another thing that helps me through winter.

For now I’ll study the two together, and I’ll try to get enough sleep and exercise. I’ll try to consume plenty of good jing but hopefully not too much. I’ll keep showing up here every week too, because writing this feels like movement, like I’m heading somewhere new. And sharing it feels like I’m throwing out a net, gathering people to travel along with me for a while. I can’t have you all over for a cup of coffee or a pot of herb tea, but I can write you here. And when we’re done with our imaginary drinks we can put on our rubber boots and rain jackets and head out into the storm. I’d love nothing more than to show you around.